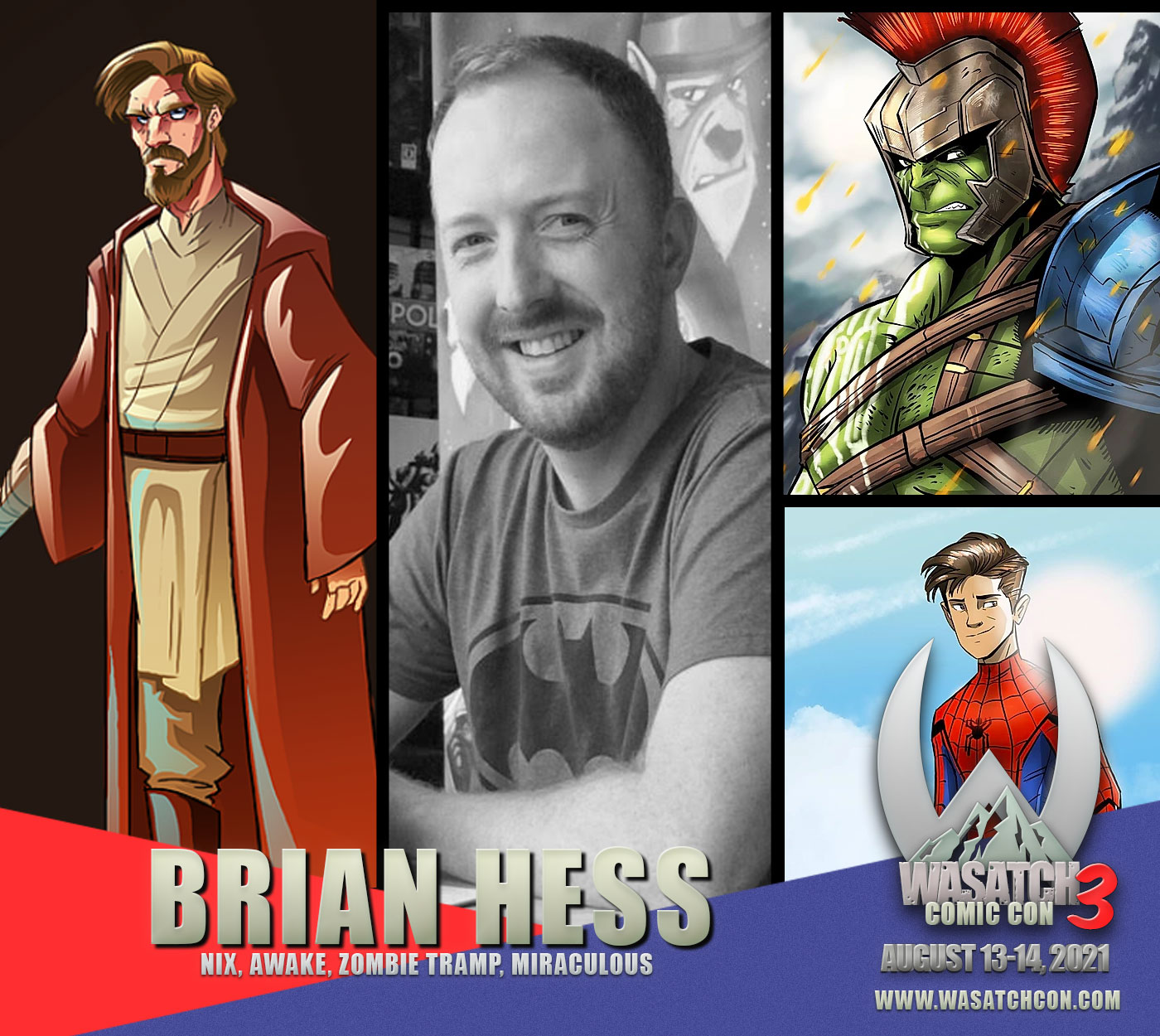 Brian Hess has been illustrating indie comics since 2007.  Building on his experience in animation and video games as well as his love for comic books and animated films, Brian has developed a distinctive style that is emotionally expressive, dynamically cartoonish, and deeply colorful.  In 2014, he teamed up with writer and co-creator Susan Beneville for the successful all-ages series Awake from Action Lab Comics.

Following Awake, Brian was chosen by the creators of Netflix’s Miraculous Ladybug to create an original comic book mini-series based on the show.  He also has guest spots on the popular all-ages title Princeless, was the cover artist for Peter David’s Artful Dodger, and contributed to Dan Mendoza’s Zombie Tramp 2016 Halloween special. Brian and Susan are hard at work on their latest all-ages graphic novel, Nix, about two powerful youngsters who must prevent their Empyreal families’ feud from destroying the world.  Work-in-progress on Nix can be followed on Webtoon.