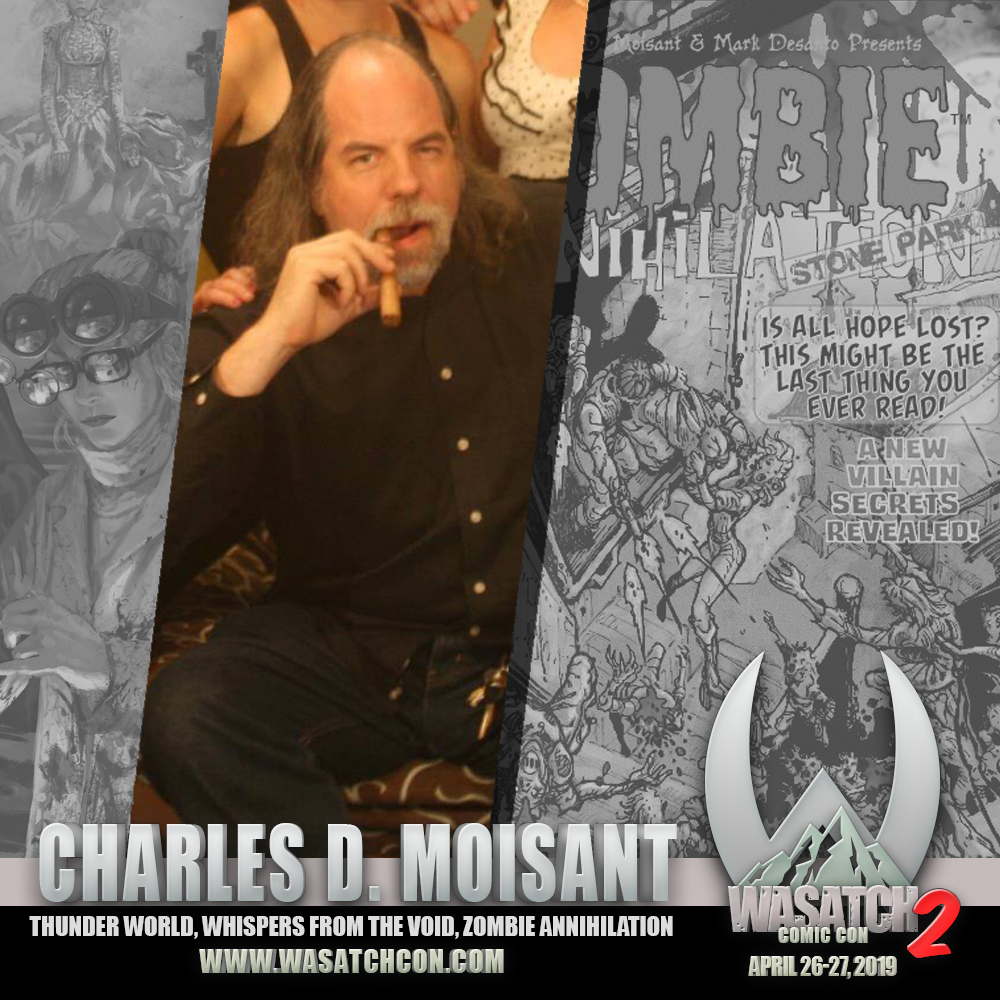 Charles D. Moisant, is a comic book artist, writer, and the creative director of Silver Phoenix Entertainment (a 100% female owned company). Charles has been publishing comic books since 1991, starting with Kremin. Silver Phoenix Entertainment works with many artists, printing comic titles like Myth Told Tales by Robert Asprin and Jody Lynn Nye, Mystery Manor Haunted Theatre, and Whispers from the Void. Charles is also known for his Roller Derby Drama, which is loosely based on the Chicago Outfit Roller Derby Team. Charles can usually be found on his roller skates at Silver Phoenix Entertainment promoting some of the newer titles such as ‘Whispers from The Void’ where all monsters are reflections of the Seven Deadly Sins. Philo Barnhart is drawing the second issue. Some of his works currently in production include ‘Zombie Annihilation’, where Doctor Zarvin is working with local heroes from Chicago to save the world from zombies; ‘Danni and Dayna in Dino World’ in which two Woman: IDA DANNI, a modern day military refueling pilot, and Dayna Onli, an African-American woman from Chicago 1902, are trapped 65 million years ago. Working against them are intelligent dinosaurs, lizard people, and the Atlantians a space-faring race who are stealing the world’s only major resource: Magik; and ‘Thunder World’ a story about three giant robots and a giant monster learning how to work with each other and saving the world, which is being written by him and Doug Rice of Dynamo Joe. His lates title is the History of Police of American™

Charles currently operates out of Silver Phoenix World Headquarters at a secret location in the greater Chicagoland area, preparing for a D-Day style, full frontal assault on the comic industry.