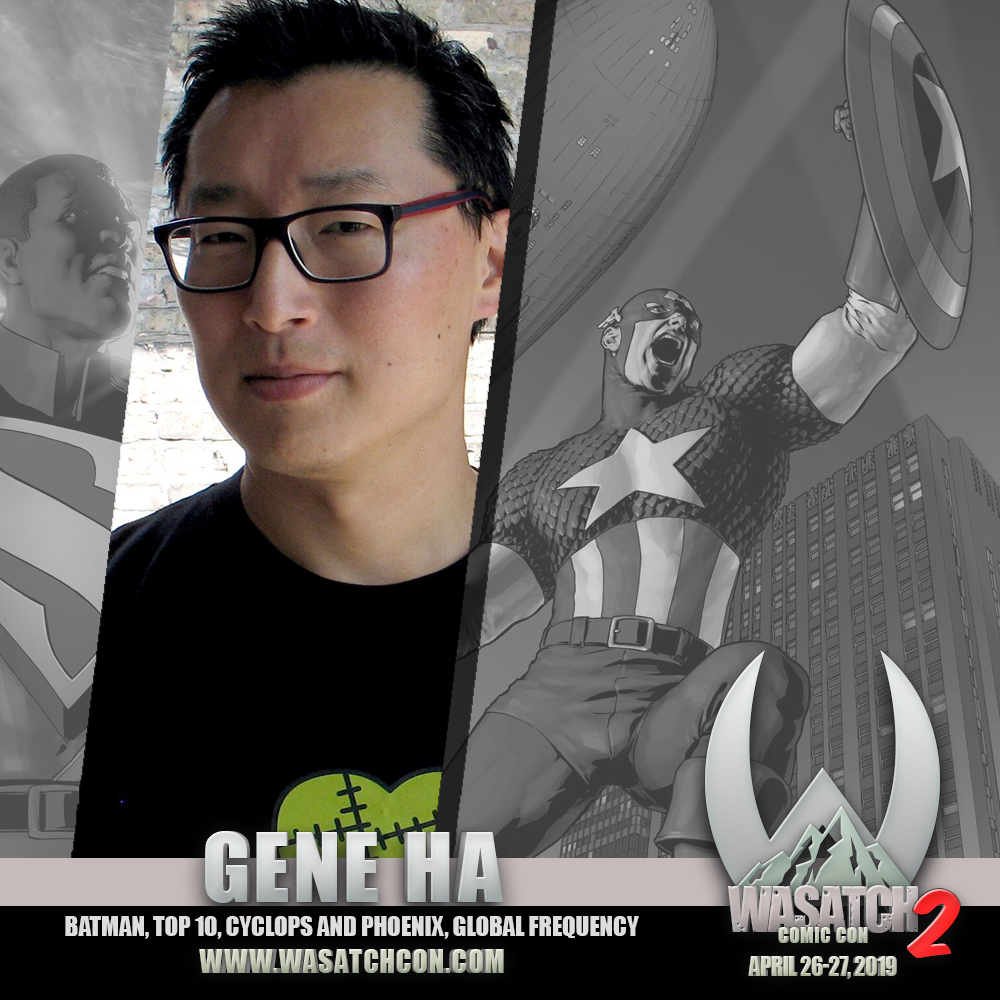 Gene Ha is an American comics artist and writer best known for his work on books such as Top 10 and Top 10: The Forty-Niners, with Alan Moore and Zander Cannon, for America’s Best Comics, the Batman graphic novel Fortunate Son, with Gerard Jones, and The Adventures of Cyclops and Phoenix, among others. He has also drawn Global Frequency and has drawn covers for Wizard and Marvel Comics.