In comics, VanHook is best known creating the character Bloodshot for Valiant Comics. He also wrote the Flash Gordon comic strip from May 16, 1993 to January 2, 1994.

In 1996, he made his first short film, Drifter. In 1998, he began filming Frost: Portrait of a Vampire while founding a visual effects company, VanHook Studios. Frost was completed in 2001 and released on DVD in 2003, where it became the 18th highest grossing DVD premiere that year.

In 2002, VanHook Studios merged with Film Roman, the animation company best known for animating The Simpsons. During his stint as a visual effects artist and supervisor, VanHook has worked on such films as Miss Congeniality, Hart’s War, Daredevil, I, Robot and many others.

In mid-2006 IDT Entertainment was acquired by Starz Media, a division of Liberty.

Beginning in 2006, VanHook, along with producing partner Karen Bailey, created a series of films designed for Sci Fi Channel. Films by Kevin include, “Slayer” and, “Death Row,” AKA “Haunted Prison.” These films are available on DVD from Anchor Bay Entertainment.

VanHook returned to comics in 2008 to write Superman and Batman vs. Vampires and Werewolves at DC Comics, as well as the Oracle mini-series that forms a part of the Battle for the Cowl storyline which deals with the aftermath of Batman R.I.P..

VanHook was the Visual Effects Supervisor for the Rizzoli & Isles Television Series for four Seasons.

In 2015, VanHook began working with Hollow Studios in pre-production on a series of large format Dome Theater productions for a theme park being constructed in San Diego and was instrumental in creating the production and visual effects pipelines as well as overseeing photography in the U.S., U.K and Israel. 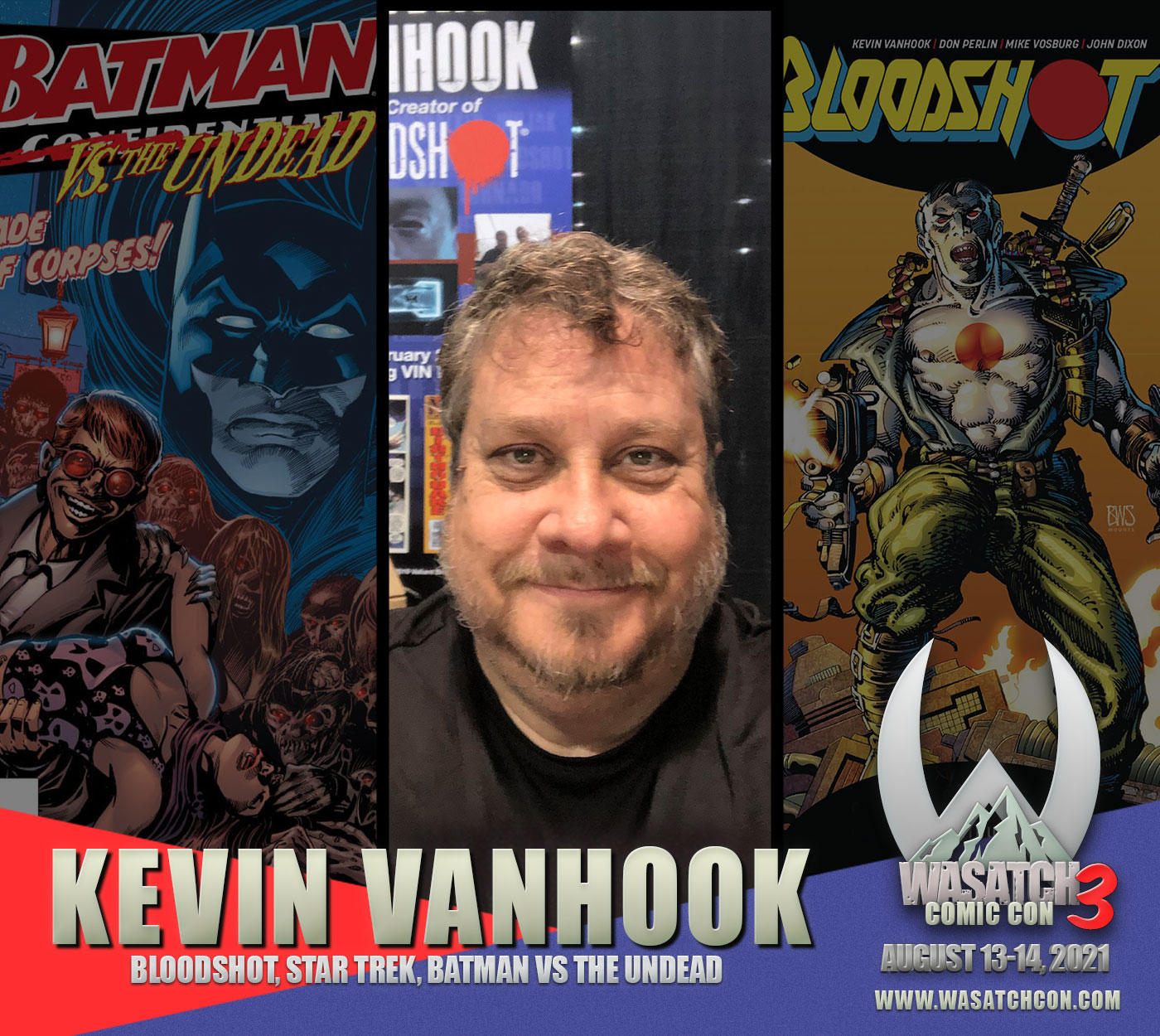