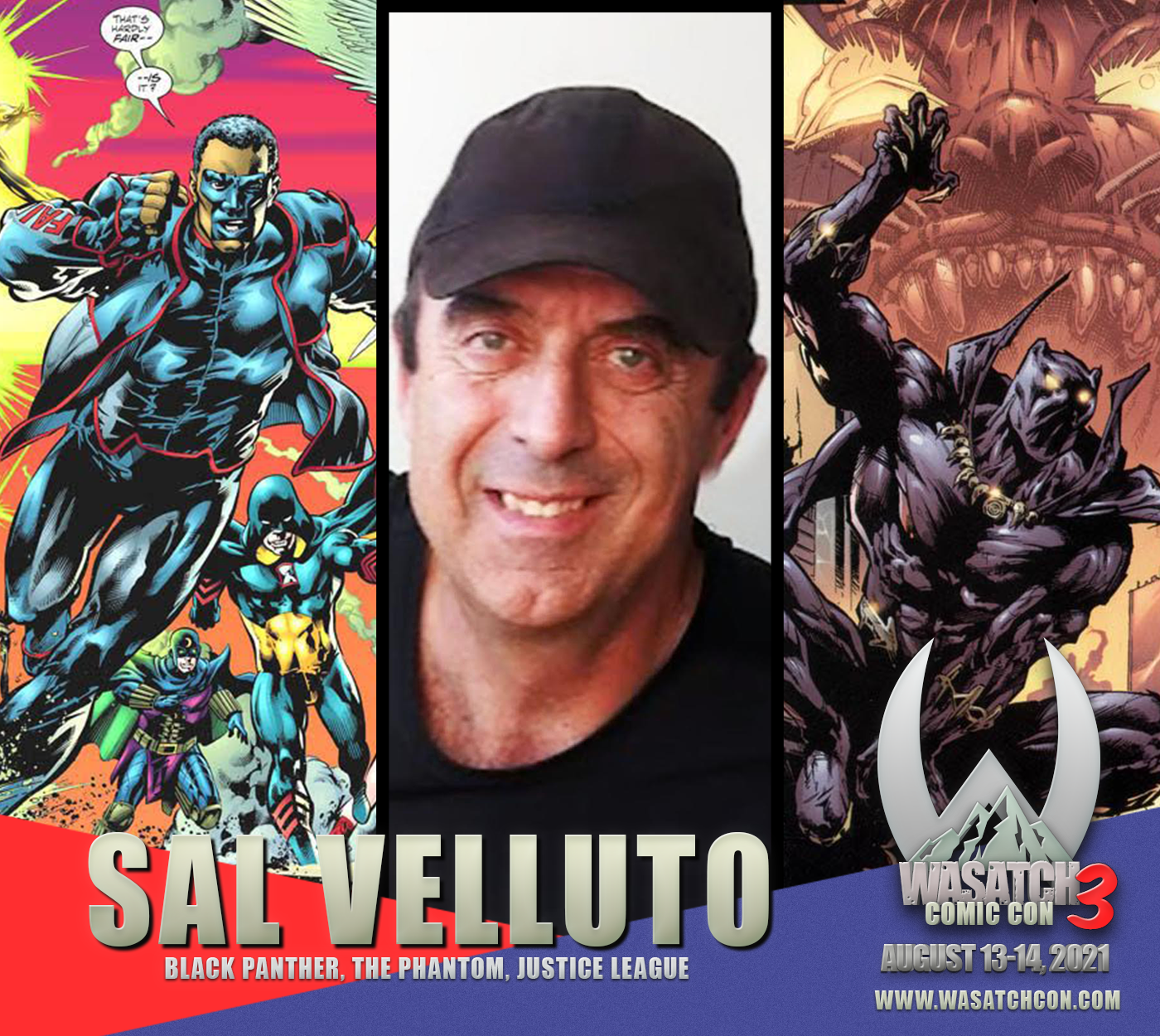 Since 2007 Sal has been illustrating The Phantom, (for Egmont in Scandinavia, Frew in Australia and Hermes Press in the USA) the grandfather of all modern super-heroes.

From 1999 to 2002 Sal drew 34 issues of Marvel’s Black Panther, becoming the most prolific artist, to date, on this title. Some of Sal’s original design concepts for Black Panther were refined and used in the 2018 blockbuster movie.

Sal, Velluto and his wife of 33 years, Sharon, live in West Jordan, Utah. They have four children.