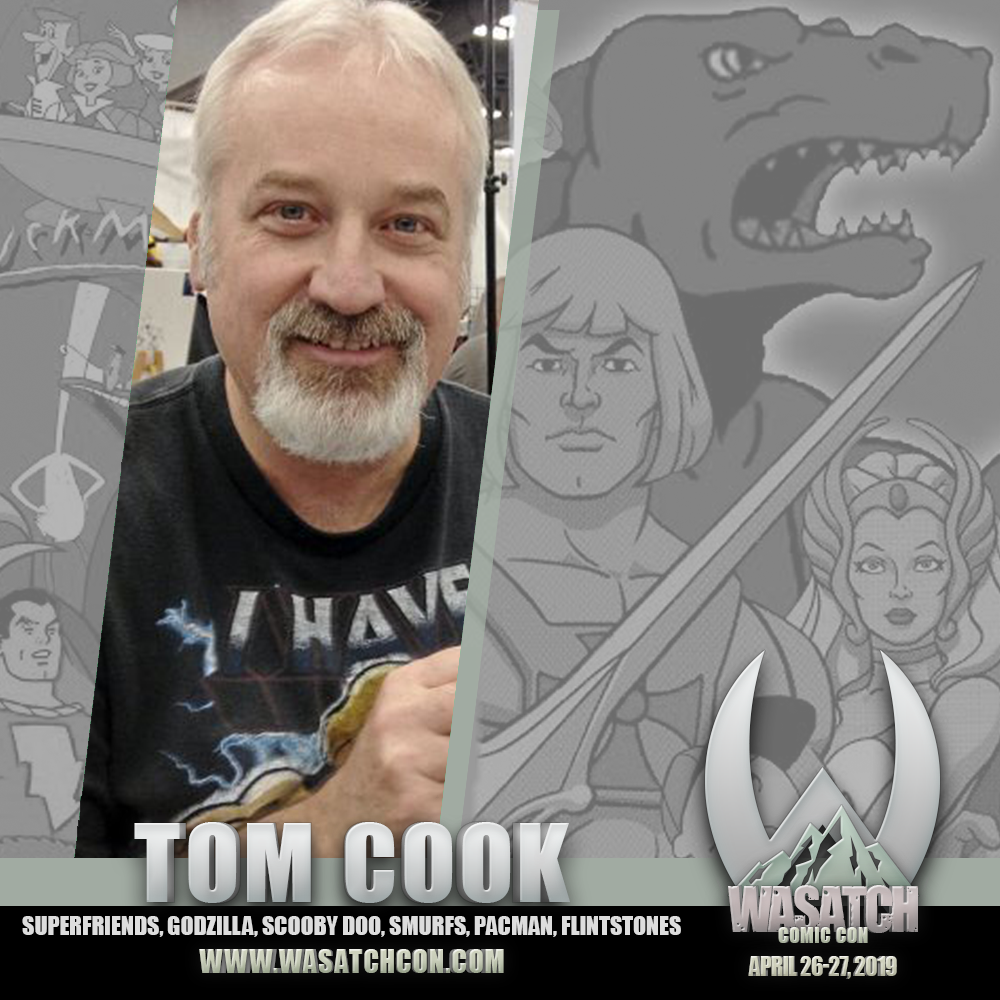 Tom began his career as an animator and director in 1978 at Hanna-Barbera Studios where he worked as an assistant animator on Challenge of the “SuperFriends”, “Godzilla”, “Scooby Doo”, “Smurfs”, “Pacman” and the “Flintstones”.

A short stop at Ruby-Spears had him working on “Thundarr the Barbarian”, “Heathcliff”, “Fang Face” and “Plastic Man”. Freelancing at Film Roman he worked on the Emmy Award Winning Garfield Special “Babes and Bullets” and for Bill Melendez on the Peanuts Special “This is America Charlie Brown”.

Moving to Filmation Studios in 1980, which at this point had become the only animation studio doing animation in the United States, and worked on “Tarzan”, “Flash Gordon”, “Blackstar”, “Fat Albert and the Cosby Kids”, “The Brown Hornet”, “He-Man and the Masters of the Universe”, “She-Ra Princess of Power”, “Ghostbusters”, “Lone Ranger”, “Zorro”, “The Kids Super Power Hour with Shazam” (Captain Marvel), “Hero High” and the futuristic Western “Bravestarr”. He was also involved with many TV commercials such as The Jolly Green Giant, Chevrolet, the 7 Up Spot campaign and the Paula Abdul video for “Opposites Attract” featuring MC Skat Kat.

He also animated or was the Key Clean-up artist on a number of motion pictures such as Walt Disney’s “Prince and the Pauper” starring Mickey Mouse, Roger Rabbit in “Tummy Trouble”, “The Jetson’s Movie”, “Rover Dangerfield”, “Stay Tuned”, “Pinocchio and the Emperor of the Night”, Steven Spielberg’s “Were Back”, and Don Bluth’s “Thumbelina”.